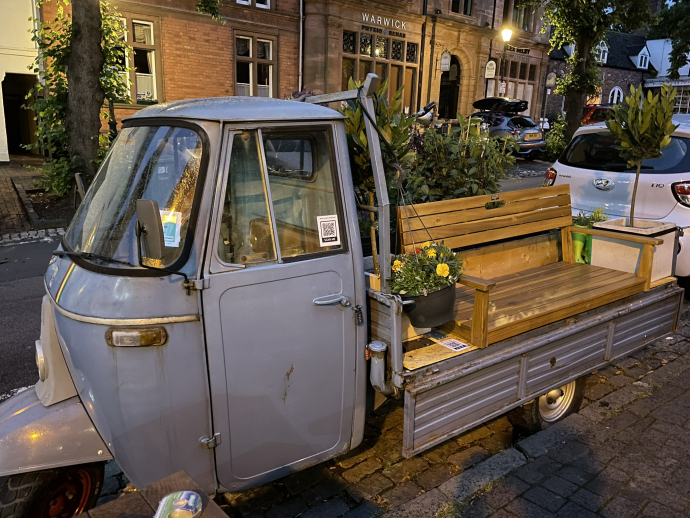 What is a parklet?

Parklets are now in use around the world and come in all shapes and sizes.

Why so many streets need a parklet

During the first lockdown last year, traffic levels plummeted and many areas enjoyed a break from dangerously polluted air. Since then, traffic levels have returned to pre-pandemic levels but there is hope that the low-traffic neighbourhood (LTN) schemes, cycling infrastructure and parklets that have sprung up during the last 18 months may kickstart demand for sustainable streets.

We designed a parklet

Here at the ETA we designed and built a mobile pop-up parklet.

The Dutch learned long ago learned measures in isolation do not solve the problem of road danger –  meaningful road danger reduction relies a systematic approach. Maartje van Putten was the first president elect of the Stop de Kindermoord protest movement and a former MEP and explains how the earliest measures were first adopted in the 1970s.

The early days of liveable neighbourhoods in the Netherlands is one of the themes explored in our documentary, Stop Killing our Children.

With ETA cycle insurance, however old the bike, if it’s stolen you get enough to buy a new model. Furthermore, every cycle insurance policy you buy from us helps support the work of the ETA Trust, our charity campaigning for a cleaner, safer transport future. Little wonder The Good Shopping Guide judges us to be Britain’s most ethical provider.