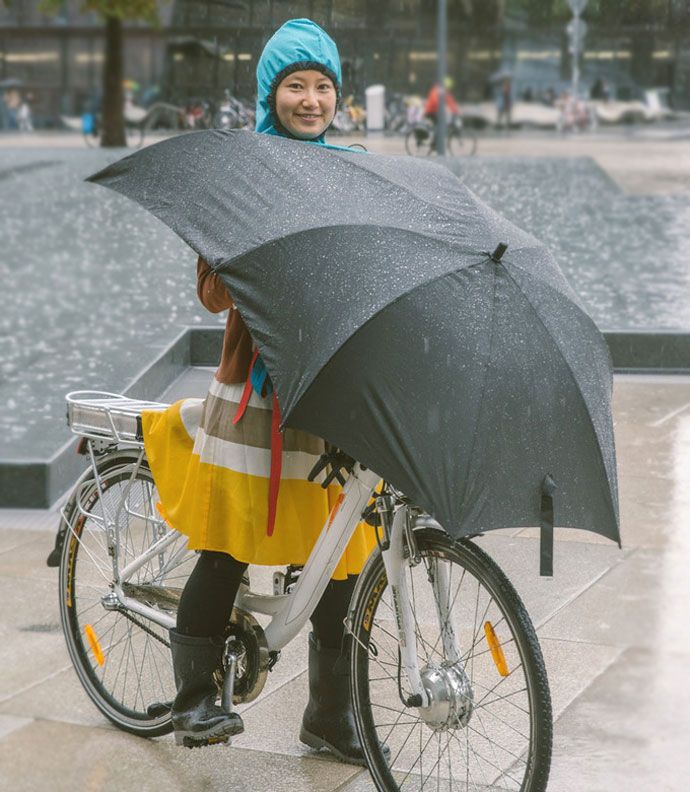 The current cold snap, which has seen snow and freezing rain lash the country, doesn’t feel like the spring we deserve. So how best to survive the unseasonal weather when you’re out and about on your bike? Like a bicycle, the umbrella is a design of such beautiful simplicity that it no longer needs to evolve, but that doesn’t stop people trying to make improvements.

For more than three millennia people have protected themselves against rain with umbrellas, but it’s only recently that some have suggested they should be adapted for use by cyclists. Following the launch a few years ago of the nubrella – a small umbrella designed to be worn over the head like a space helmet – comes the Under-Cover. 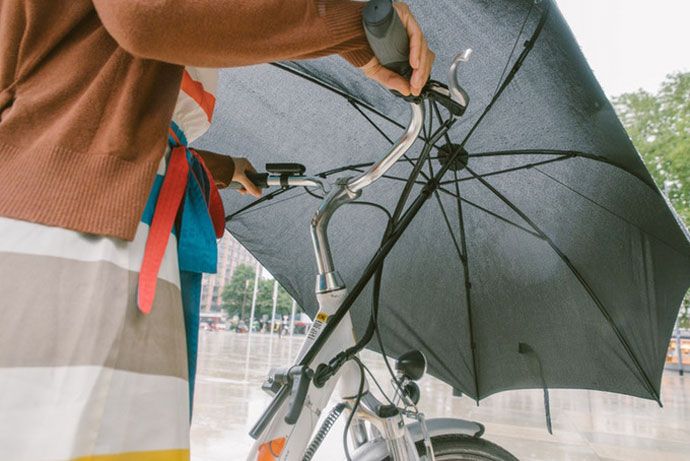 The Under-Cover clamps to the bike’s frame and opens to create an awning beneath which a cyclists can, in theory, remain dry. With a tail wind it probably doubles up as an effective spinnaker. When not in use, the Under-Cover furls up and stores within frame-mounted cover.

The designers of the bicycle umbrella claim that the “Space between the umbrella and the body ensures freedom of movement and prevents excessive sweating, unlike standard rain wear.”

Other contenders for the innovations catalogue include: 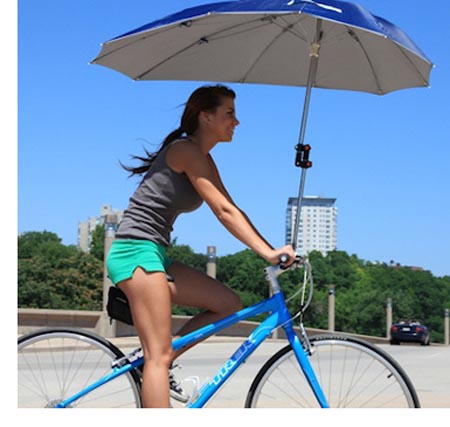 The Uberhood is an elongated umbrella that mounts to bicycle handlebars and is intended to protect the rider from sun and rain.

Its makers claim that an aerodynamic shapes means wind resistance is low, but the obvious drawback with such designs is the way they catch the wind from underneath and allow rain to reach the rider from the front. 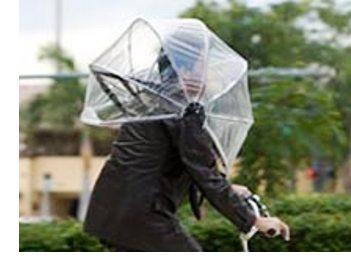 The Nubrella is worn over the head and claims to protect a cyclist’s head, face and shoulders from rain, wind, snow and extreme cold.

The Nubrella uses a patented shoulder strap to allow it to be used hands-free.

It bears a passing resemblance to the helmet worn by the character Buzz Lightyear in the animated film, Toy Story.

ETA Cycle Insurance never devalues your bike, doesn’t charge extra for third party liability, personal accident or friends and family cover, and has a sympathetic policy on storage in sheds and garages.

For over 30 years we have been providing straightforward, affordable bicycle insurance.