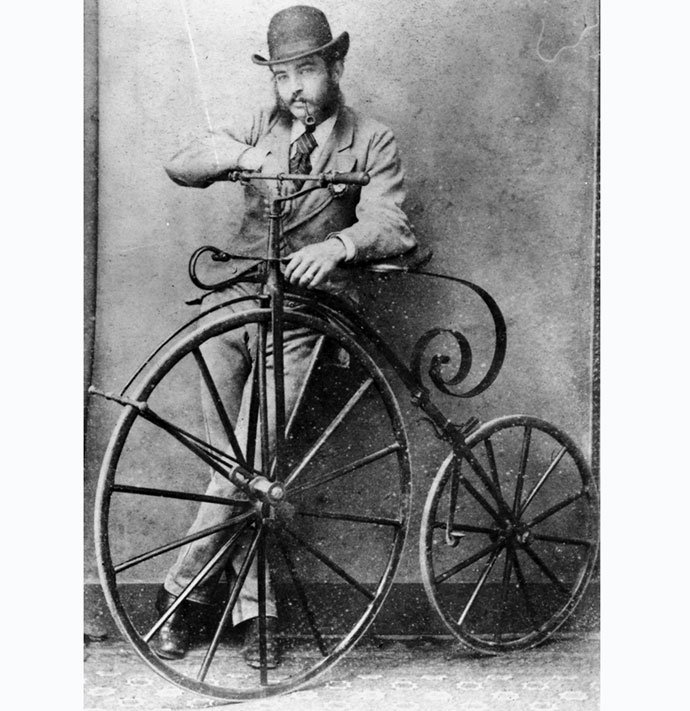 According to the Department for Transport there are 245,000 miles of roads in Britain; a distance equivalent to circumnavigating the earth 10 times. Even more surprising is the relatively tiny proportion designed and built for cars and lorries. For every one mile of motorway, there are 95 miles of roads conceived originally for non-motorised traffic. 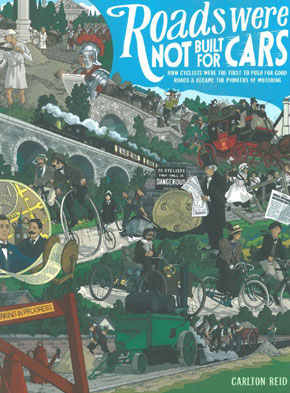 After the railway killed off stage-coach traffic in the 1830s, it was another 50 years before cyclists took to the roads and pushed for high-quality sealed surfaces and were the first to lobby for national funding and leadership for roads.

Rees Jeffreys might have been an early advocate for motorways, but he started his career campaigning on behalf of cyclists for the improvement of what he referred to as “despaired and neglected roads”. As an elected member of the council of the Cyclists’ Touring Club and a representative of the Roads Improvement Association (itself founded by the CTC in 1886) Jeffreys lobbied for the of spreading tar on Britain’s roads long before cars became a form of mass transport.

| ‘The bicycle is not only entwined with the earliest days of the motor car, it literally paved the way for its widespread uptake’

Bicycles were written out of highway history in the 1920s and 1930s by the all-powerful motor lobby, but even the venerable Automobile Association had been formed by a group that broke away from the Cyclists Touring Club.

Roads were not built for cars

Roads Were Not Built for Cars is a history book written by Carlton Reid that focuses on a time when cyclists had political clout in Britain. We can’t recommend it highly enough. A fascinating period in history period from 1880-1905, which witnessed the first cycling boom and the subsequent global obsession with motoring is explored in gratifying detail. The book brings the history of our roads up to date by delving into the psychology of road users today. The following extract is from one of a number of sample pages available to view here

Social scientists theorise that humans believe in three kinds of territorial space. One is personal territory, like home. The second involves space that is only temporarily available, such as a gym locker. The third kind is public territory, such as roads.

“Territoriality is hard-wired into our ancestors,” believes Paul Bell, co-author of a study on road rage. “Animals are territorial because it had survival value. If you could keep others away from your hunting groups, you had more game to spear, it becomes part of the biology.”

When they are on the road, some motorists forget they are in public territory because the cues surrounding them – personal music, fluffy dice, protective shells – suggest they are in private space.

“If you are in a vehicle that you identify as primary territory, you would defend that against other people whom you perceive as being disrespectful of your space,” added Bell. “What you ignore is that you are on a public roadway – and you don’t own the road.”

ETA cycle insurance offers a sympathetic policy on the storage of bicycles. For example, as long as a shed door is locked, the bicycles stored within do not require any further security. In addition, the policy covers stolen quick-release components and for added peace of mind, claims are handled in-house. Furthermore, bikes are never devalued, no matter their age. Hardly surprising that The Good Shopping Guide voted us Britain’s most ethical provider.