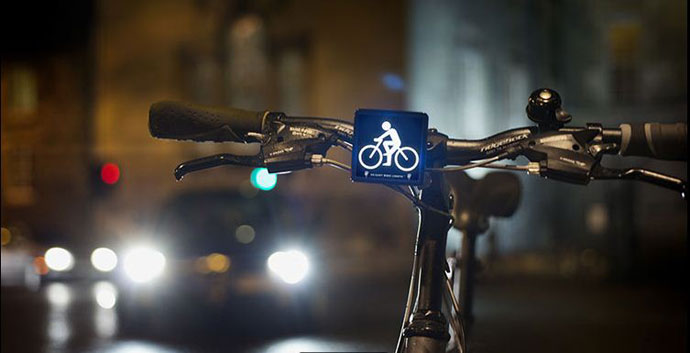 The Brainy Bike Light claims to play on the way our brains react to instantly recognisable symbols – the design uses an illuminated bike symbol to stand out from urban light clutter.

The light was developed with the help of a specialist in behavioural economics, who found a bike symbol was more quickly recognised by other road users than conventional bike lights. Professor Charles Spence at the University of Oxford says of the Brainy Bike Light “The use of a highly recognisable symbol, one that is deeply imbued with meaning, constitutes an extremely clever and effective means of creating greater awareness and faster reactions from drivers of other vehicles.” 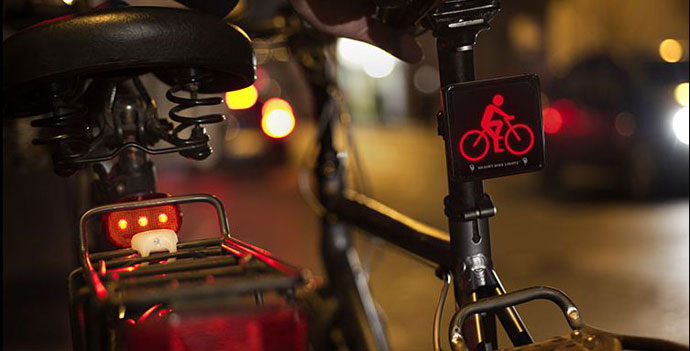 We have two sets of Brainy Bike Lights to give away. Simply leave a comment at the bottom of the page and we’ll pick a couple of winners next.

A true test of a cycle insurance company is what happens when you make a claim – it’s why we don’t farm out the process to a third party like other providers. Your claim is dealt with by one of us here and you’re always welcome to call us directly. It’s also the reason we will never devalue your bicycle, no matter how old it is.

We don’t claim to be the cheapest cover on the market, but should you ever need to make a claim, you’ll understand why we consider ourselves to be the best. After all, we are judged by The Good Shopping Guide to be Britain’s most ethical provider.