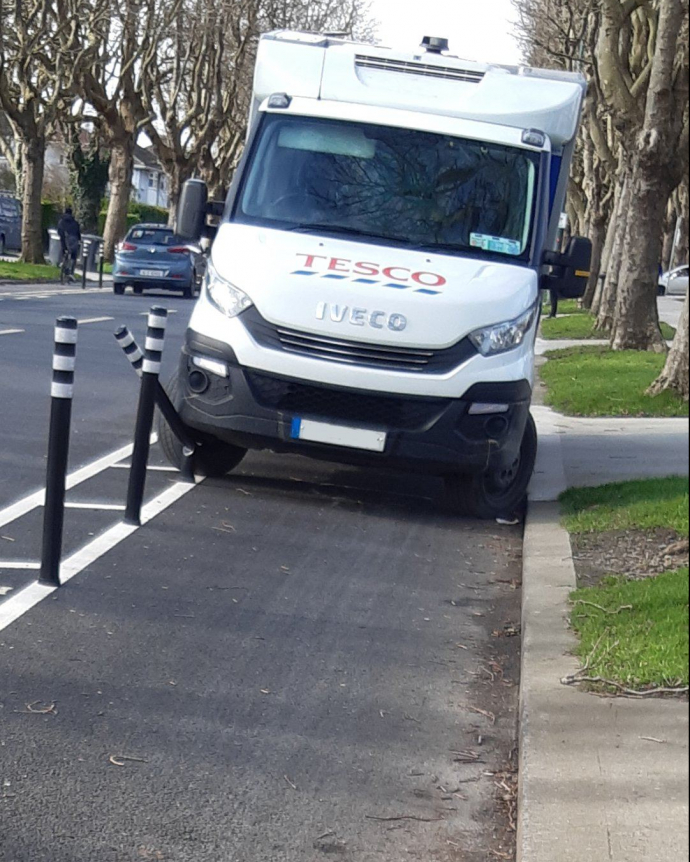 The explosive rise in online shopping over lockdown has flooded our streets with delivery vans. Nothing wrong with that you might think. After all, home deliveries are convenient for many and replace a large number of car shopping trips with a smaller number undertaken by professional drivers. However, many aren’t entirely professional. In fact, in many cases they’re downright dangerous.

According to Tesco, their delivery drivers ‘need’ to park on the pavement. The company appears oblivious to the fact that it is not only illegal to drive on the pavement, it’s highly dangerous.

Many delivery firms, including Tesco, seem unaware that aside from the obstruction caused by pavement parking, the practice can be deadly. A four-year-old girl was killed in Liverpool by a delivery driver who didn’t want to hold up the traffic behind him. He pulled onto the pavement and killed the child as her mother looked on helplessly. This is not an isolated incident. Every year in Britain, drivers kill over 40 people as they walk on the pavement.

Bad Parking Awards 2021 – How to nominate

Our Bad Parking Awards are a chance to name and shame the UK’s worst delivery company. Please send your nomination and accompanying photo to news@eta.co.uk and we’ll award a suitable trophy to coincide with Green Transport Week later this year.

Not only are we voted to be an ethical company, but we also campaign for sustainable transport. Sometimes that means protesting until a school gets the zebra crossing they’ve been refused, inventing a tyre-bursting device to protect pavements, running roadshows to encourage people out of their cars, or fixing bicycles for free. Supporting this work is easy – you simply have to take out insurance with us. We provide  home insurance, cycle insurance, and breakdown cover  – all while putting concern for the environment at the heart of all we do.