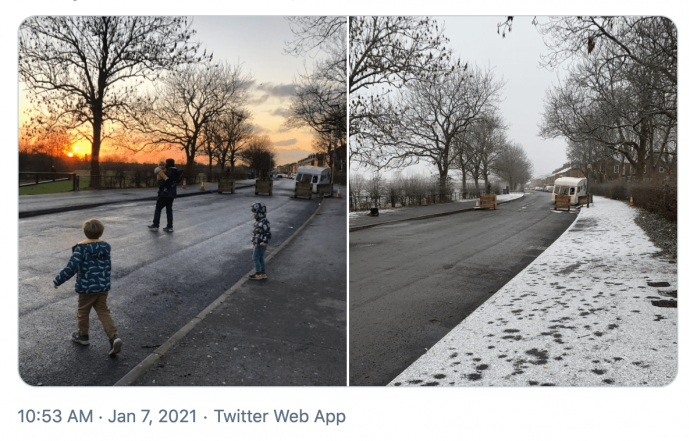 The attacks by vandals on Low Traffic Neighbourhoods (LTNs), the schemes that use bollards or planters to stop rat running and create safe spaces for walking and cycling, have continued into 2021.

The schemes make use of new government funds and use emergency traffic orders to bypass the conventional planning process – public consultation happens over the first six months of operation. That hasn’t stopped a vocal minority from protesting against the LTNs and in some cases vandalising them – or simply driving on pavements to avoid the road closures. 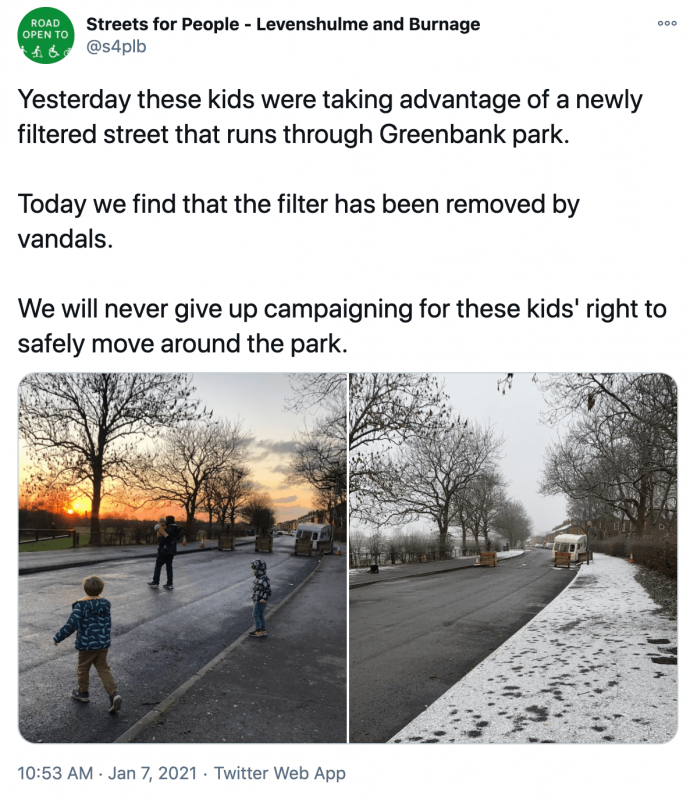 Many of the planters used to close roads are wooden planters that are relatively easy to winch onto a lorry. In light of the continuing vandalism, it’s possible a different approach is needed. Perhaps we need to dust off our CatClaw invention from a few years back.

When a car or lorry drives over a CatClaw, its weight exposes a sharp steel tube that quickly punctures the tyre. However, it poses no threat to pedestrians – a person standing on top of the device would not be heavy enough to activate it (the device pictured above is a prototype for demonstration purposes only).

The CatClaw is an extreme idea that is unlikely to be practicable, or even legal. Other than the sharpened spike hidden within, what, you may ask, is its point. The purpose of the project was to highlight the plight of the 40+ people killed each year on pavements in Britain by drivers and the many thousands of pedestrians every day who have their path blocked. In other words, the Catclaw is a crafty way to highlight the need for road danger reduction.

When it had its first outing, the CatClaw generated coverage in numerous titles including The Daily Mail, The Express, The Mirror, Metro, The Manchester Evening News…not to mention appearing on television and being seen by over 130,000 folk via YouTube.

The promotion and protections of LTNs form part of a systematic approach to road danger reduction that Britain needs so badly will not involve Catclaw or anything remotely as outlandish. As has happened in countries such as Sweden, it will involve a cultural shift – a placing of people’s needs ahead of cars. The benefits of such an approach are numerous, but include safer roads, reduced healthcare costs, greater independence for children and increased quality of life for all. However, change of this kind can occur only once people – as opposed to politicians – consider it vital. And that process starts with getting it talked about.

The work of The ETA ranges from awareness-raising projects like the CatClaw, to community roadshows promoting sustainable transport, to helping schools mount protests to demand safer road crossings. Supporting these projects is easy. Simply buy your home insurance, cycle insurance, mobility scooter cover or breakdown cover  and you will be helping to fund these campaigns and many more besides. And you can rest assured that by choosing us you will not be compromising on quality or paying over the odds – we’ve been around for over 27 years and are rated as Britain’s most ethical insurance company by The Good Shopping Guide.