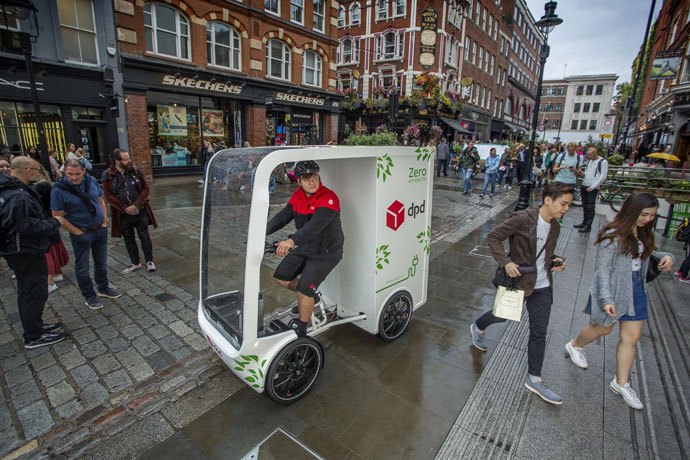 A new design of pedal-powered van aims to radically transform the way deliveries are made in towns and cities.

Driven in large part by the British enthusiasm for online shopping, the number of vans on our roads has increased by 59% since 2000 – double the growth rate for cars. No other country in Europe has our appetite for buying goods and services online – 83% of us favour it compared with an EU average of 60%.

Unfortunately the growing van fleet is almost exclusively diesel powered and contributes not only towards congestion and road danger, but air pollution.

Step forward EAV – a British start-up hoping to address these environmental crises with a range of vehicles bridge the gap between low carbon vehicles and eCargo bikes with a new ‘EAVan’ category of vehicle.

​EAV vehicles can be recharged from a standard household plug and their light weight means extremely low levels of particulate emissions from brake and tyre wear compared to conventional hybrid or electric delivery vehicles. Prices range from £10,850.

The company recently delivered a consignment of EAVans to the courier company DPD and is currently seeking seed funding at seedrs.com/eav

The government announced last year a fund of £2 million to support uptake of cargo e-bikes. The news was long overdue coming as it did  seven years after the introduction of the ‘plug-in grant’ for electric cars, which sees the buyers offered discounts of up to £4,500.

The subsidy for electric cars has already cost taxpayers over £400m and for many years campaigners have argued that the omission of electric bicycles from the scheme was unjustified given the environmental and financial advantages they offer. 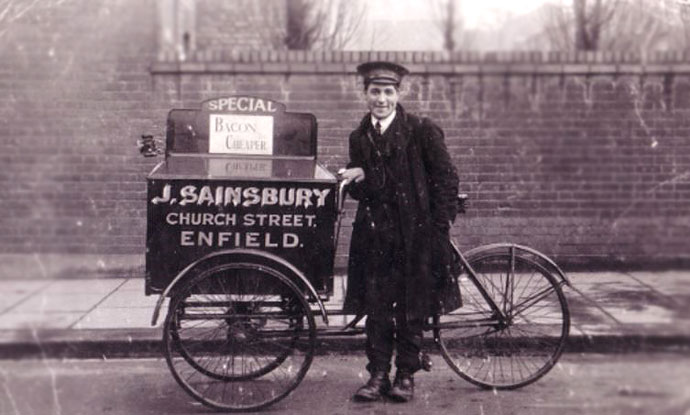 Cargo bikes are not a new idea, but we have been very slow to acknowledge their benefits

Too little, too late

By the government’s own admission, over 40,000 people in Britain die early due to air pollution. Hundreds of schools are situated on main roads with illegal levels of pollution. Research by King’s College found nitrogen dioxide levels on London’s Oxford Street to be the worst on Earth. Dr David Carslaw from the Environmental Research Group at Kings College London, was quoted in relation to air pollution levels on Oxford Street: ‘To my knowledge this [level] is the highest in the world in terms of both hourly and annual mean. NO2 concentrations [in Oxford Street] are as high as they have ever been in the long history of air pollution.’

In this context – not to mention the hundreds of millions already spent to subsidise the buyers of electric cars to the tune of £5,000 each – the £2m investment is paltry. Electric bicycles do not require costly infrastructure and already offer a range and and performance more than adequate for commuting and in their cargo configuration, they have the potential to remove many diesel delivery vans from our roads.

With ETA cycle insurance, however old the bike, if it’s stolen you get enough to buy a new model. Furthermore, every cycle insurance policy you buy from us helps support the work of the ETA Trust, our charity campaigning for a cleaner, safer transport future. No wonder The Good Shopping Guide rates us ethical in Britain.