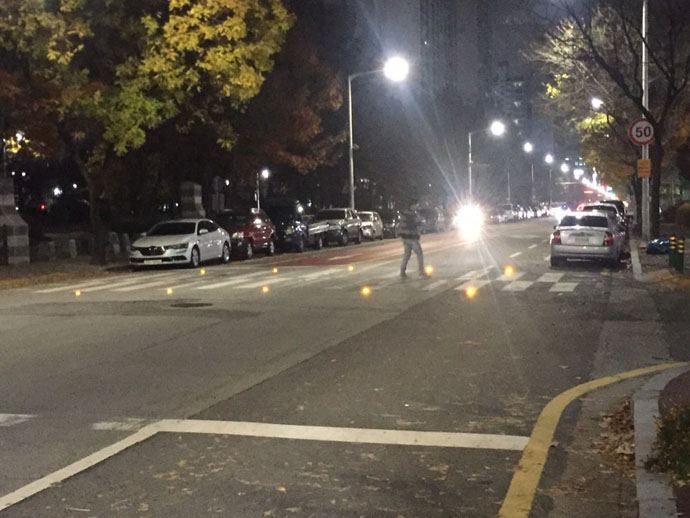 When people have to work in or around a road it’s considered a serious healthy and safety issue involving risk assessments, special equipment and even closure of the carriageway. The rest of us who interact with busy roads have to make do with little more than good luck.

With this inequality in mind, a new high-tech upgrade for the traditional zebra crossing that warns drivers and pedestrians of each other’s presence has been developed by a team at the Korea Institute of Civil Engineering and Building Technology.

The crossing uses a row of LED lights embedded in the road surface and an illuminated sign to warn drivers that someone is about to cross. Meanwhile, a warning image is projected onto the ground in front of the pedestrian and an audible alarm sounds. Smartphone users also have the option of downloading an app that causes their phone to vibrate and sound an alarm of its own.

In a test involving 1,000 vehicles, on roads with 30 mph limit, drivers reduced their speed on approach to the new crossing by almost 20 per cent. 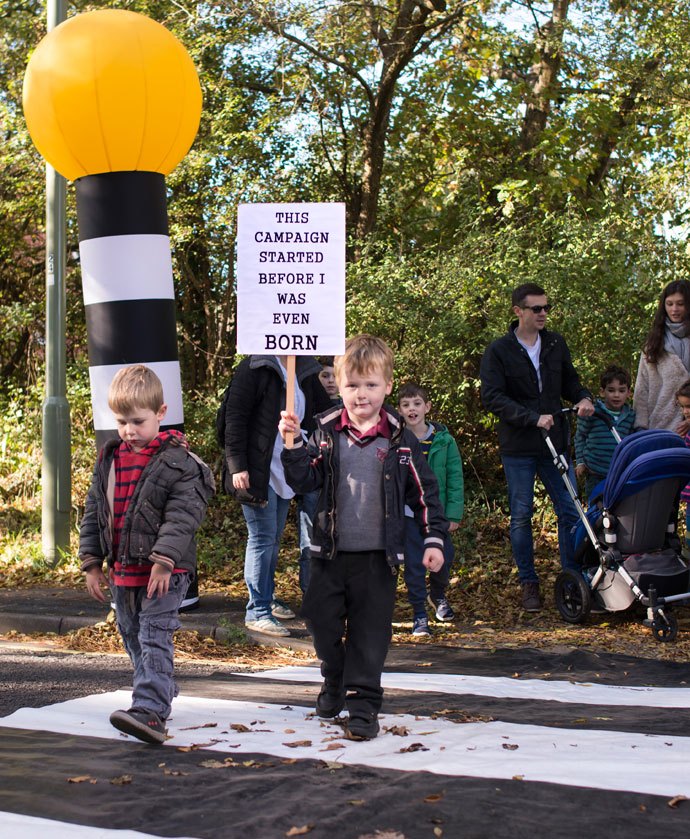 Not only are we ethical, we campaign for sustainable transport. Sometimes that means protesting until a school gets the zebra crossing they’ve been refused, or hosting 60 roadshows this year to encourage people out of their cars, or fixing bicycles for free. Supporting this work is easy – you simply have to take out our home insurance, cycle insurance, travel insurance and breakdown cover.