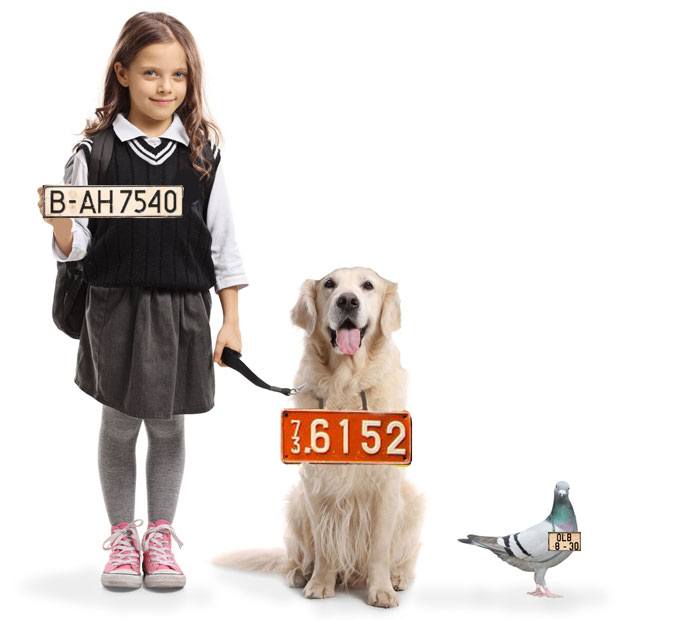 A school in south London this week defended its decision to force pupils who wish to cycle to school to display number plates. Even though the school’s policy is impracticable, undesirable and arguably an over-stepping of its responsibilities, the media ignored the exploration of these arguments preferring instead the usual hand wringing about supposed bad behaviour by cyclists. Perhaps it’s because we trail so miserably behind other European nations in our provision for cyclists that we prefer to perpetuate fallacies about cycling rather than confront the primary cause of road danger.

Curiously, proponents of number plates for bicycles are not quite as enthusiastic about extending the idea to serial numbers for pedestrians, pets and perhaps even pigeons. Perhaps it’s only a matter of time.

According to the excellent cyclingfallacies.com

This fallacy proposes that some type of registration should be required before people are permitted to cycle, and that this would make cycling safer by making people take responsiblity for their actions and respect the rules of the road.

Though this has been proposed many times, no-one has managed to make registration of cyclists or their cycles a workable proposition. Aside from any concerns about how to register children, whether the registration is for the vehicle or the person, or what rules one would have to follow in order to acquire such a licence, we know that registration schemes have no real value.

If it were true that being registered made people safer, then it would be possible to link the levels of driver or vehicle registration to the safety of the roads. But as almost every car crash involves registered drivers in licenced vehicles, it is clear that registration does not appear to offer any meaningful disincentive to those who drive – or cycle – badly.

Furthermore, as cycling is a mode of transport which is widely acknowledged should be encouraged – as it is safe, efficient and doesn’t pollute – adding bureaucratic hurdles would only serve to discourage usage.

According to TfL, which monitors the 10 million journeys made in London using Boris Bikes not a single person has used the registration number printed on each bike to report any instance of supposed bad behaviour.