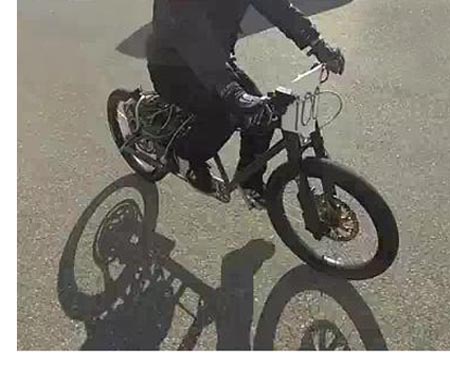 You might assume a drag race between a supercar and a bicycle would be a one-sided affair, but a battery engineer at American electric vehicle supremos, Zero, has built an electric ‘superbicycle’ capable of 0-60mph in 3.6 seconds, which is faster than a 2011 Porsche 911 GT3 RS.

Pretty it isn’t, but the electric superbicycle built by Zero motorcycles is blisteringly quick off the lights. The battery engineer at Zero built the custom bicycle from the parts bin at the electric motorcycle factory, with impressive results.

Despite its impressive performance, if it was to go on sale it would undoubtedly cost a fraction of the £130,000 Porsche GT3. Zero electric motorcycle prices start at around £6,000. 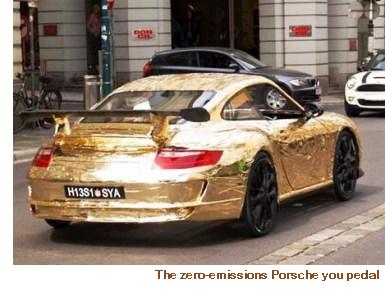 The Zero bicycle uses a large motorcycle disc brake on its front wheel to bring it to a stop, but falls foul of laws in this country regulating the power of electric bicycles and even a fully-comprehensive cycle insurance policy would exclude the bicycle on these grounds.

It’s the knotty problem wrestled with by cyclists everywhere: You like the idea of owning a £130,000 Porsche GT3 RS, but worry it would mean less time on the bike.

Luckily, a team of designers last year built the slowest, but greenest, Porsche to date; a zero-emissions version of the GT3 RS built around a pedal car.

A spokesperson for the ETA said: “Everyone should have a pedal-powered supercar in their garage.”