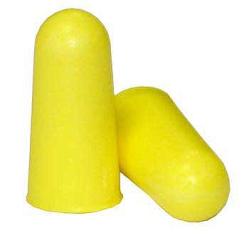 A man living in a small village near Bridport, in Dorset has become so infuriated with the traffic noise and pollution that he has mounted a protest at his local pedestrian crossing that has been reported nationally.

The protest by Tony Fuller, 77, involves a group of 25 protesters who take it in turn to push the button controlling the traffic lights pedestrian crossing, causing tailbacks up to four miles long in the process.

Mr Fuller has received a warning from the police over the protest, but has said he is prepared to go to prison over what he has described as ‘motorway levels’ of cars and lorries on a road with no pavement for pedestrians.

A spokesperson for the Environmental Transport Association (ETA) said: “Noise pollution is a serious and under-reported environmental problem. Many thousands of people are having their health affected not only by pollution but by excessive noise from traffic.”

Motor traffic can have a devastating effect on quality of life. ‘Guerrilla traffic calming’ is when people take matters into their own hands to slow traffic in their community. Groups around the world have used imaginative methods to slow local traffic.

The effect on health of traffic noise

A team of researchers from Lund University team found the risk increased when average daily exposure was 60 decibels – the level of sound produced by conversational speech at a distance of 30cm. A quarter of people in western Europe are exposed to this level of sound from traffic.

The report comes to the conclusion that noise-related caused stress and possibly the associated sleep disruption is leading to elevated blood pressure.

According to the World Health Organisation, 40 per cent of Europeans are regularly exposed to road traffic noise exceeding 55 decibels. In Sweden, it is illegal for noise levels to exceed 55 decibels at the front of a building.

As part of its noise campaign, the ETA commissioned a survey of traffic noise in rural areas. Written by Lynn Sloman and her colleagues at the Transport for Quality of Life consultancy, it uses qualitative research to discover the impact that the increase in rural traffic has on our quality of life in rural Britain.